In my research for a future novel, as well as for magazine articles, I recently took the annual two-day Rice Plantation Tour sponsored by an historic Episcopal Church in Georgetown, South Carolina. The church parish was founded in 1721. 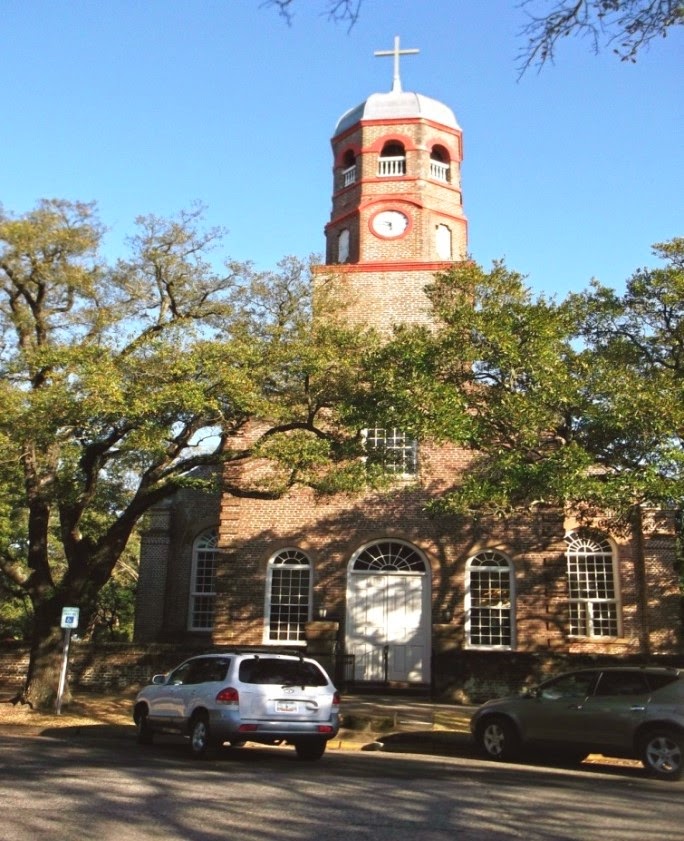 Did you know that rice was once king in South Carolina? Some would even say more so than the King of England ever was.

From colonial times until the Civil War, rice growing made the Carolina Low Country one of the wealthiest areas in the United States. In fact, by the Revolutionary War, rice, nicknamed "Carolina Gold" made Charleston, South Carolina, the richest colonial town in America with twice the wealth of Philadelphia and New York, according to the ETV program, When Rice Was King.

Resources for Authors and Their Research

I write historical fiction, and researching for my novels brings me the same excitement Alan Quartermain must have felt hunting for King Solomon's Mines.

I've been known to spend an entire day in a library scribbling notes from someone‘s diary, spending a wallet of quarters making copies of maps and old newspapers, and trekking from one book or document to the next with a perseverance Lewis and Clark would have applauded. I enjoy the chase when one clue leads me to the next, to the next…

When I venture into a library or archives and history department, wander among the shelves, and delve into boxes of documents, I'm transported into the past and into unknown territory. My efforts are often rewarded when tidbits of information surface and shine like specks of gold in the bottom of a miner‘s tin.

For example, one of the characters in my Civil War era novel, A Perfect Tempest, is based on Oqui Adair, a Chinese gardener, who was briefly mentioned in a SC State Hospital Board of Regents report found in the SC Archives and History Department. The name of the novel itself comes from a quote from General Sherman’s diary that was featured in an issue of the Daily Southern Guardian newspaper. I found it in the South Caroliniana library.

Discovering new resources is always great fun, too. Once, I put an ad in the Civil War Times asking for information about Union officers who were imprisoned in Camp Asylum, a prisoner-of-war camp situated on the SC State Hospital grounds in Columbia, SC, from December 1864 until February 1865, when Sherman‘s troops burned the city. Two gentlemen, one from Maine and one from California, answered my ad, and we wrote to each other over a period of several months. They both sent me materials about relatives imprisoned at Camp Asylum—a photograph, a letter, and an excerpt from a diary.

Sometimes people serve as living, breathing archives. When I was working on my novel, The Chamomile, that takes place in South Carolina during the Revolutionary War, my main characters, a couple who are traveling in the swamps with Francis Marion, decide to get married. I wanted the men to build a honeymoon hut and I needed to know the kind of flowers the campfollowers would decorate with. So, I called Rudy Mancke, a naturalist and a walking encyclopedia of flora and fauna, and asked him what would have been blooming in the South Carolina swamps in May 1781. He was so receptive to my questions and so excited about what I was trying to do, I could hardly write fast enough to keep up with him. What a wealth of knowledge he is! We had the most delightful conversation.

I’ve put together a list of resources when researching for your novels.


Susan F. Craft authored the SIBA Award-winning Revolutionary War novel, The Chamomile. The two sequels to The Chamomile, entitled Laurel and Cassia will be release in January 2015 and later that year, respectively. She is represented by Linda S. Glaz, Hartline Literary Agency.

Marketing … promotion … social media—what’s a writer to do?

When I first started writing, I didn’t consider the complexities of getting published or establishing a platform. Fortunately, I was blessed with great advice: “Find a critique group, attend writers’ conferences, and network, network, network.” As an editor, I pass along this advice to my clients and stress the importance of promoting their books—whether traditionally published or self-published.

With the recent launch of my first book, Murder of a Manuscript, I have now moved into the marketing arena. Here are a few suggestions that have produced positive results: